Independent publishers have been struggling for more than a decade to monetize blogs, portals, and communities; digital books and magazines are changing their Internet business models from sponsor to user driven.

At our recent Digital Content Marketing Bootcamp in New York City, Kim and I were happily surprised at the number of entrepreneurs in attendance. More than half the class were startups in prelaunch mode. Traditionally, 80 percent of our attendees hail from legacy publishers who are making the conversion to digital. While the sample is small, I believe it is indicative of a larger trend.

In the past, most independent publishers chose a sponsor driven model because it requires little in the structure to join an advertising network. Unfortunately, the Google AdSense network, and most other advertising networks, pay website publishers as little as a dollar or two per thousand visitors. For most niche websites, the net proceeds aren’t enough to pay the electric bill. 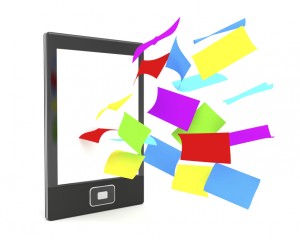 Digital magazine and book publishing to the rescue

Being armed with quality content, Adobe Digital Publishing Suite, and a retail partnership with Amazon, Apple, and Barnes & Noble, now offers the independent publisher a complete business infrastructure for producing and selling digital magazines and books. Add in WordPress, Twitter, and Facebook for marketing and audience development for a complete digital publishing business that can be started for less than $100,000.

While ad networks typically provide minimum revenue enhancement for small audiences, an e-commerce business model often produces high revenue per customer. Unsurprisingly, selling magazines and books to a niche audience interested in Baltic travel, hamsters, ice camping, or any other niche subject can easily generate 5 to 10 times the revenue per affinity subscriber that a publisher could garner from third-party sponsors filtered through an advertising network.

New technology always empowers entrepreneurs to launch new types of products. The Adobe Digital Publishing Suite is such a technology. Combine it with hundreds of millions of tablet computers, and a handful of highly competitive digital newsstands, and you have the recipe for a digital magazine and book explosion.

Ironically, many legacy publishers will miss the revolution.

If you currently publish a gardening magazine, you should be thinking about publishing magazines and books about individual types of flowers. If you currently publish on the topic of European travel, you should be thinking about individual titles that serve people passionate about countries, regions, and cities. If you publish on the topic of history or art, consider new titles that will focus on periods, persons, and movements.

There are literally hundreds of thousands of topics that currently generate more than 30 million English-language searches per year. My handy-dandy publishing model says that every one of those can be translated into a $1 million or more digital publishing business that can be started from a home office for less than $100,000.

The difference is now you’re able to more easily and affordably reach your target market. The various app marketplaces give you a built on distribution channel and you don’t need to physically print and then mail your periodical.

As you say, market segmentation has been around for a long time, the ability to reach a niche within a niche hasn’t.

Market segmentation in the periodical publishing industry had been around for a long time. The key is to do the research before investing in a highly specialized digital magazine. You need to figure out if there is really a demand high enough for your specialized magazine. You have to ask, “How many people are really interested in four-leaf clovers to publish an e-zine devoted to them?”

However, I do agree that specialization in a particular field of interest is the key to success in e-publishing.