Video in magazines is a new concept, but the publishers who are tackling are gaining long-term subscribers and more engagement

When a magazine goes digital and becomes an app, or a web magazine, it becomes alive. And that’s scary for some publishers. Suddenly, ads become more valuable to advertisers because they can be clicked. Content becomes more rich because it can also be hyperlinked to references and authors on the web. Live content can be embedded with video in magazines so the editorial content doesn’t stop at the final publish date.

And if you’re not ready for that kind of transition or development project, then your magazine has suddenly become ancient.

It used to be that sharing vertical video branded you an amateur, but not anymore. Startups are specializing in it, publishers are pushing it out, and consumers are, well, consuming it, according to TheMediaBriefing.com. 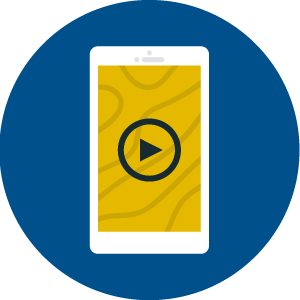 Georgie Davies explains, “According to Mary Meeker, vertical video viewing time is now almost a third of video viewing time (29 percent) in the US compared with 5 percent in 2010. It may seem trivial, but in fact, this social media inspired format may just be the future of video (regardless of criticism by professional videographers), with Snapchat delivering more than 7 billion video clips each day, most of which are in vertical orientation.”

He notes that as mobile consumption grows, “building a mobile-first culture is high up on many publishers to do list, with video playing a huge part in this strategy. The Ericsson Mobility Report highlights how 50 percent of mobile data traffic currently comes from video. Reuters predicts video will grow 14 times within five years and account for 70 percent of mobile network traffic. Reuters additionally reported that 54 percent (of 130 leading editors, CEOs and digital leaders) said deepening online engagement was a top priority, correlating directly to the use of video.”

The only reason why we didn’t see a lot of video in the past isn’t because consumers don’t want it, it’s because video can be expensive to produce. Production time between shooting, cutting, editing and rendering of a 3-minute promotional video can take 20-40 hours of a professional’s time. Shooting a whole conference and then editing it into a reel to promote the next year’s event, for example, is a multi-step process, possibly with several cameras and equipment that goes into just the production.

However, there are lots of easy and hard video options out there that need less cuts and editing. Listed from least effort to most, here are some ideas for how to add video in magazines, whether through a digital app or your magazine website:

Harry Goldstein, editorial director, digital, at IEEE Spectrum magazine, who is video savvy says that magazine publishers don’t need to worry as much about production as they think, when it comes to online. He says, “If there’s something to see, if there’s something to explain, and if video can tell that story, worry less about production values themselves than the content, because that’s what people are going to be looking at.” After all, people watch America’s Funniest Home Video-style dog and cat videos all day. It’s not hard to beat that. And actually really easy to beat that if you add cats and dogs to your videos.

If you have started to use video in your digital magazine, how are you using it and do you think it’s improving the user experience?

Video “Web Traffic” is a measurement of data consumed, not of the number of videos consumed. Videos simply require more data to transport than any other form of media, except perhaps for software downloads. To truly understand how many actual videos are being consumed one would have to know the actual resolution, bitrate and length of every video being transported across the web.

Thank you for your note Mr. Nelson. I’m not sure of your point but let me try restating my point to see if that helps. A lot of videos are viewed online, particularly on mobile devices which are a huge and still-growing platform for web access. Publishers have an opportunity to attract some of that video viewership, sharing, linking, etc. by adding video to their products.

Thanks for the interesting article. I work as digital editor on outdoor leisure magazine’s website and YouTube channel. We are quickly adapting the publication from print to digital first.

Video is an important way for us to reach new audiences. How we attract them from YouTube to visiting our website and subscribing is a challenge. And, it’s competitive. We create video reviews, how-to and touring videos.

On YouTube, the measurement which is important to them is how much of your video people watch, not just how many times people view it. It’s a measure of whether people think it’s worth spending their time watching. You’ll soon know whether what you publish is entertaining, informing or educating viewers or not.

Publishers also need to know how to optimise their videos on YouTube’s search engine to compete.

We publish some videos for free and are paid to make others. But, we are at the stage where we give away too much of our video (and written) content for free. We will soon have to start charging viewers for it if we are to survive.