Before starting a magazine business plan, determine if economics deem a free magazine, or paid. 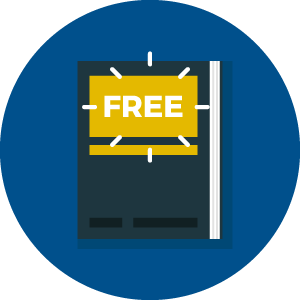 If you’re starting a magazine business plan, it would be a good idea to circle the troops and decide right now whether your future will be advertising or circulation driven.

Will you choose a mass circulation strategy that allows you to compete with television and portals for advertising dollars, or will you compete with book publishers who sell users premium long-form high-quality content? Those who cannot choose and reside in the middle will likely be lost.

If you are a publisher of consumer niche magazines where the bulk of your revenue comes from subscription fees, you will likely follow the path of The Economist. This may not be easy for you. Upstart digital publishers with low overhead and little knowledge of magazine economics will enter the marketplace with ad-driven magazines, many of which will be free.

The first question before starting a magazine business plan: should your magazine be free?

We’ve talked at length about pricing magazines in the past.

One of Don’s biggest pet peeves is the decades-long policy that magazine publishers pursued – to maintain rate base – pricing their publications dirt cheap. $9.99 was a common price for 12 full issues of a consumer magazine.

That policy trained generations of consumers to believe that magazines are cheap, throwaway products.

Since the 1960s, most large U.S. consumer magazines have pursued a rate base driven business strategy that makes advertising revenue the prime priority. This business strategy led to lower circulation prices, selling junk circulation, sweepstakes programs, and a myriad of other business practices that a circulation-driven magazine would never pursue. If they decided to simply give their magazine away for free, they may have a few benefits:

The ultimate low-price strategy: If you pursue an advertising-first strategy, free circulation will generate a rate base far larger than any other pricing strategy.

Engagement is no longer tied to payment: In the old days, magazine executives argued that consumers who paid for magazine subscriptions were more engaged than those who did not. This argument held water in an industry whose engagement metrics were limited to sampling. For digital magazine publishers, engagement metrics are real, detailed, and captured for virtually every reader of every issue.

Bits are cheaper: While the cost of delivering digital magazines is not zero – yet – it is heading in that direction and will reach near zero in a decade or two. As Jeff Bezos is fond of illustrating, the cost of bandwidth and storage has been dropping by about 50 percent annually since the mid-1990s. The trend will likely continue. 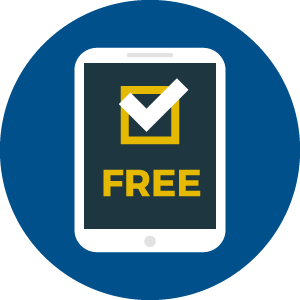 So, there you have it. If your goal as a magazine publisher is to maximize your advertising revenue above all other revenues, you may conclude, at some point, that it makes economic sense to give your magazine away for free. The strategy will allow you to reach the largest audience, continue to measure audience engagement, and do so at a minimal cost per additional subscriber.

It is both a difficult and exciting time to be a magazine executive. The nascent tablet revolution has finally given magazine publishers a platform that will allow them to convert their products from atoms to bits.

In the late 1970s, magazine economics were an odd mix of circulation and advertising revenues. It was considered normal for consumer magazines to generate half their revenue from users and the other half from advertisers.

Compare this with the book publishing industry,where consumers are the sole source of publisher revenue. Or think about the television industry, where advertising foots the bill.

Over the decades, the large mass circulation magazines that survived the advent of television in the 1960s became oddly more advertising driven, trying to compete directly with the medium that has always distributed its content free of charge. Some might think it ironic that the magazine industry chose to compete with television instead of books, where consumers continue to be the primary source of publisher revenue.

Not all publishers veered towards advertising support. The Economist, for example, has continued to focus on readers for the bulk of its revenue and the strategy has worked.