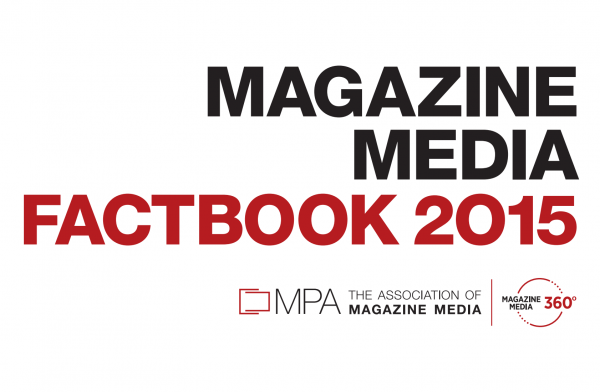 Is the digital publishing industry unstoppable?

If you’ve been monitoring the leading trade organization’s robust monthly reports, you’d have to say the answer is a resounding yes, at least when it comes to audience development.

Late in 2014, the Association of Magazine Media (aka, the MPA) launched Magazine Media 360°, an ambitious effort to track audiences across publishing platforms. At Mequoda, we’ve been keen to track that tracking (we do produce our own Digital Magazine Market Study, after all, which you can download for free!), and nearly without fail, the findings have been upbeat and positive – particularly in video and mobile efforts.

Now, those stats and many more have been collected in the MPA’s Magazine Media Factbook – recently released and available for download at Magazine.org – the digital publishing industry’s (as well as print’s) definitive compilation of magazine media research and statistics.

“The 2015 edition includes graphics with data from the recently launched Magazine Media 360° Brand Audience Report,” the MPA says in a statement, “as well as figures and trends from third-party sources demonstrating the growth, vibrancy, and appeal of print and digital editions, magazine brand apps, and social media.”

Here’s a small sampling of key facts and figures from the MPA Factbook:

The MPA – in measuring multiplatform publishing data from upward of 150 magazine brands from more than 30 companies, representing 95% of total readers – is using metrics and sources available to all parties, including: GfK MRI’s Survey of the American Consumer and TeenMark; the Media Metrix, Mobile Media Metrix, and Video Metrix from comScore; and Nielsen’s NetView, Mobile NetView, and VideoCensus.

Desktop/Laptop: The number of uniques that have visited a website on a desktop or laptop at least once in the specified reporting period

Mobile: The number of uniques that have visited a website via mobile device – including iOS and Android – at least one time during the reporting period

Video: Unique viewers who watched a video at least once during the reporting period via a player owned/operated by the publisher – regardless of where that video was viewed – and/or, if reported, through a separate, clearly branded channel.

“It’s always inspiring to see magazine media’s story laid out by the numbers,” said MPA President and CEO Mary Berner, “particularly now as we expand the delivery of our trusted, created and valued content to a bigger audience, including the most desirable demographics, across new platforms and formats.”

Are you inspired? Have you read through the MPA’s Magazine Media Factbook? Let us know your favorite facts and figures in the comments!