Prime Publishing shows what a good advertorial example is made of 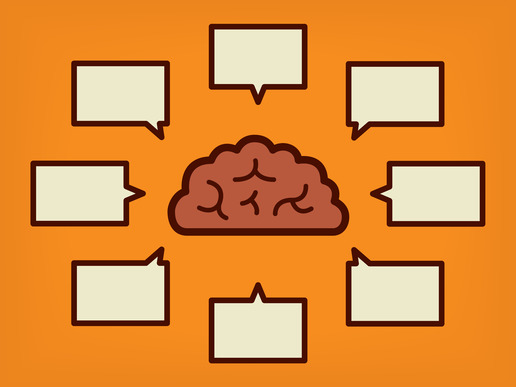 Call it what you want, an advertorial, a native ad, sponsored content, or even an infomercial if you’re in broadcasting circles. An advertorial (aka all those other things) is an ad that walks, talks and acts like an editorial. When done well, advertorials are produced in partnership with the publisher, allowing the publisher to use their editorial chops to deliver quality content on behalf of their sponsors.

No matter what you call it, everyone wants to know the best advertorial definition because it’s one of the hottest trends in multiplatform publishing right now.

In 1980 when I worked at Sacramento Magazine, the advertorial definition was “special advertising section.”

As a young sales rep, my territory for this section was Napa Valley. I learned quickly that I could put together 16-20 page “special advertising sections” and get companies to create the content for us. I was the cream in the center of the Oreo. I had wineries, hotels and restaurants on one side supplying me with copy, and on the other side I had an editor-in-chief telling me what I couldn’t do.

The standards for advertorials are what they’ve always been: Make the sponsors who pay happy to be there, make the editors happy to publish it, and make the subscribers happy to read it.

If you’re a publisher who’s been around for a while, particularly a regional publisher, whatever the advertorial definition you’re familiar with, advertorials are an age-old thing, nothing new.

So it isn’t a surprise to me that when you fast forward to current day, you have big publishers like Time Inc. weighing in on this format, trying to replicate it for themselves. A good direct response copywriter can tell you that good copy and a good lede will sell more products; that if you want to sell a product, you have to give them what they want: more words.

Blogs and email spotlights are the perfect medium for this. Time Inc. and the New York Times have only just discovered this, but at Interweave when we first started selling advertorial slots, it was like selling candy to a rich first-grader. I remember John Bolton dropping me an email a matter of weeks after we started sending them once a week and him telling me that they had sold out for 45 weeks, approximately 10 months!

What to charge for advertorials

If you’re following the Mequoda Method for multiplatform publishing, advertorials are low-hanging fruit. They’re easy to do and they sell like wildfire. Your biggest concern should be to not undersell them.

For example, a leaderboard ad might be $10 per M, but an email spotlight / advertorial would be in the $30-50 range per M.

In a good example of a case where one of our clients underpriced, they were selling leaderboards for $2 per M to $6 per M on the web, and $30 per M in email. They sold out at lightning speed which told us they may have been a bit underpriced.

As a rule, advertorials should cost three to five times more than your leaderboards. And whatever CPMs you’re getting for a full-page four-color ad, an email advertorial should sell for the same.

Stuart Hochwert runs Prime Publishing. We’ve talked about him often on Mequoda Daily since he joined the Mequoda Digital Publishing Hall of Fame, and this is yet another good opportunity to bring him back up because he’s the king of eBook advertorials.

Here’s an advertorial example you may not have even thought of yet. Take a look at Mr. Food Easter Celebration: 35 Excellent Easter Recipes Free eCookbook. The cookbook is sponsored entirely by the American Egg Farmers.

It’s made clear that the eBook is sponsored right on the download page, but does this sound like a no-brainer to you, if you’re an advertiser? Hochwert says the distribution on Amazon and Apple has proven to be a huge asset. “We started promoting our eBooks for the Kindle and iPad about 6 months ago. I believe in the first week of January we had 127,000 eBook downloads via these two stores.”

March is National Craft Month, and it just so happens that Hochwert also runs FaveCrafts.com. In 2013, Hochwert and team created an eBook titled The Ultimate Craft Guide: 25 Free Craft Projects for Every Crafter that was sponsored by 18 different companies. The main sponsor was Michaels craft store, who got their name on the cover and in other places within the book. Other sponsors got to include different patterns and craft projects with a top-to-bottom banner on the right-hand side of the page. These sponsors paid $2500 – $3000 each, depending on the options they chose.

The best part is that readers love them. Not only are they getting what they ask for (recipes, craft projects, etc.) but they’re getting them from the source, the actual makers of the products they buy, like Lion Brand Yarns and Red Heart.

Advertorials on the web

What people are calling native ads are the same as advertorials in fewer syllables. A sponsor pays you to publish content under their name, or promote them. One of the wackiest advertorial examples out there are those produced by BuzzFeed. You’ve probably heard of BuzzFeed lately because their user-generated content of quick lists and GIF-ridden posts with few actual words are generating a lot of traffic and a lot of revenue.

Here’s an advertorial example of a post sponsored by Virgin Mobile on BuzzFeed. As a non-publisher, Virgin Mobile worked with BuzzFeed to create almost two hundred of these quick, funny articles that have little to do with their brand, but made them buzz-worthy in social media. These posts garnered more than 9 million “engagements,” and studies conducted afterward showed that people who saw these advertorials were anywhere from 150 – 350% more likely to get their next phone from Virgin Mobile. 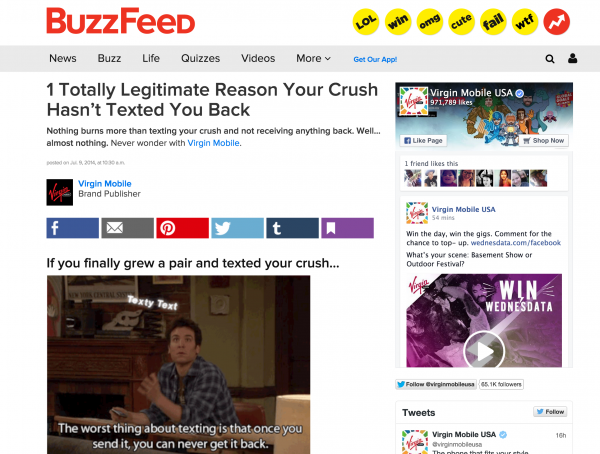 So while some non-publishers are out there trying to write blogs and become online publishers, the smart ones are buying advertorials and letting publishers do what they do best: write! Or in case of BuzzFeed … post funny photos and animated gifs in a list-like order.

One of the ways Hochwert creates non-eBook advertorials for his advertisers is by writing sponsored product reviews that are affiliated with a contest. Here’s an example of a review for a KitchenAid slow cooker.

“We typically give away at least one item and use one item in our office.  Often it’s a craft product or food item, so we use it up.  In this case it’s an appliance, so we will just keep it in office and it will likely be in future videos and photographs,” says Hochwert. 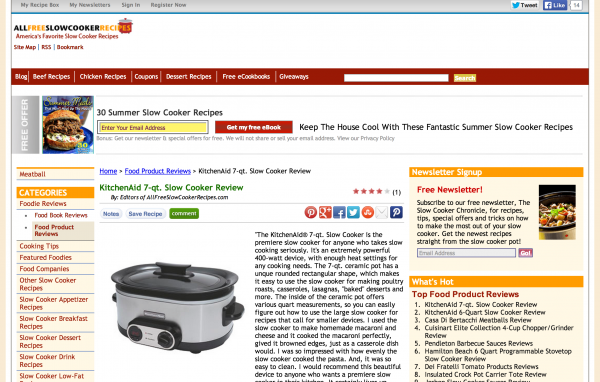 So basically, the client / sponsor gets to promote their product, and Hochwert gets to give something away, which makes his readers happy. Are advertorials sounding better and better by the minute?

For the client who purchases this type of advertorial, they get:

Readers always know that the promotion is sponsored. Hochwert says that most of his sites do at least one giveaway promotion like this per week. FaveCrafts in particular has around four live at a time and run for a few weeks.

If you’re not inspired to launch your own advertorial program by the time you’ve reached this point in the article, what’s stopping you? Stuart is one of the smartest publishers I know, and I’d recommend following him closely!