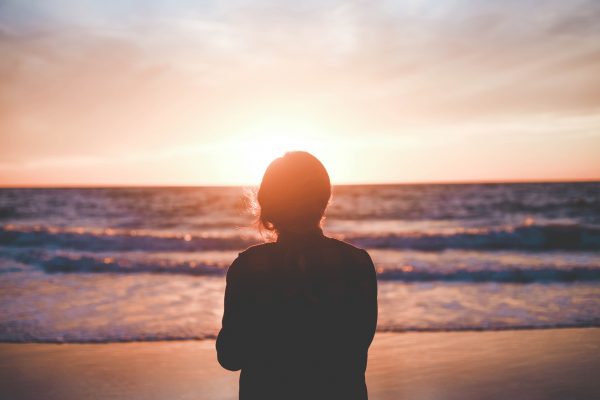 There was a time when investors were shying away from publishing media because “journalism” was “expensive” and user-generated content was “cheap.”

But as the world changes tides and begins to preach the quality over quantity sermon, investors have begun to appreciate journalism again. The “fake news” saga has only helped legitimate news publishers, because consumers have become more discriminatory about where they get their information.

The same logic applies to specialized information, and we believe in the quality of content created by niche publishers. But we’ve also noted before that by reaching that “very specific audience … in a deeply authentic way,” niche publishers are also able to deliver more and better leads to their advertisers. After all, if you make martial arts floor mats, where will your advertising dollars be better spent – at ESPN.com or BlackBelt.com?

And to go along with niche content, we’ve always admired a certain circle of industry leaders who pack a punch when it comes to singing the praises and sorrows of specialized information publishing.

For the past 25 years, Bo Sacks has been at the top of our list. He’s the President/Publisher of Precision Media Group and has been covering niche media almost as long as it’s been called niche media. Bo Sacks has held every prestigious title there is in the periodical publishing industry, and runs what he says is the longest running e-newsletter in the world, with 16,750 subscribers, called “Heard on the Web: Media Intelligence.” Bo’s focus is directly on the media, marketing, and publishing industries and speaks about “El-CID” or Electronically Coordinated Information Distribution. As part of his blog, he also gives credit to his readers, where he’ll frequently post his responses to what he writes.

Linda is the CEO of PSCS Consulting, an author, and one of the original founders of Exceptional Women in Publishing and Women in Digital Media; and she is President of Newsstands of America. She is the author of Internet Marketing for Magazine Publishers; How to Market your Newsstand Magazine; and Secrets of SEO for Publishers. Her experience as a consultant in the industry leads the content she publishes in a way that a typical news reporter cannot.

With a nickname (and website) like “Mr. Magazine,” you might imagine what Samir is into. In addition to being a consultant, professor, and Ph.D., he’s the founder and director of the Magazine Innovation Center at the University of Mississippi’s Meek School of Journalism and New Media. His blog is filled with ripe information on the magazine industry and trends, but more specifically he does a lot of interviews with other industry leaders. He has published comprehensive interviews and has a knack for publishing wordy interviews and articles, and extracting their most meaningful or digestible quotes that make you think more deeply about every angle.

Caysey is the Content Director at FOLIO: and produces articles weekly about the current state of the industry. On social media, he’s a good follow because he shares some of the best FOLIO: content along with other sources of content and news that’s most relevant to magazine publishers.

We discovered Lucia when she served as Digiday’s executive editor. Today she’s a deputy editor at Business Insider on the media/advertising/telecom team and remains a strong voice in the digital media realm with a focus on how disruption is reshaping the landscape and new media models for the digital age.

Kathy is the CEO & Publisher of Subscription Site Insider, a resource that I value, with a newsletter I open every time it arrives. Kathy’s goal is to help subscription website publishers become more profitable.

Tony is President at Long Hill Media, and serves on the board of the Magazine Innovation Center. The past decade has been a long hard road for the publishing industry and Tony has been there every step of the way. We enjoy his thoughtful and informed commentary about what’s going on in the industry.

Dan Ambrose is Managing Partner for Ambro.com corp, and has been a frequent guest speaker at our annual events. Dan has spent his career in the publishing industry in leadership positions and as an advertising consultant to the media and publishing industries. You’ll find that Dan created the first ever “Electronic Rate Card,” originally used by advertising media planners to instantly price Hearst Magazine packages.

While she’s not super active on social media, tune into her very active feed of new articles on WWD about the magazine publishing industry. She focuses heavily on topics like staffing and financials.

Sara is a media & advertising reporter at MediaPost, focusing specifically on publishers. She’s definitely on the rise as an industry reporter, and uses social media to share her articles on the state of magazine advertising along with other topics. She also posts highly relevant anecdotes, and shares magazine-specific news from other sources making her a good follow on Twitter.

If you’re looking specifically for articles about the magazine industry on Ad Age, Simon is your guy. He writes about everything advertising, with a focus on how advertising trends impact magazine media giants like Meredith and Hearst.

Who else would you add to this list? Let us know in the comments!

Editor’s Note: This article was originally published in 2015 and has been updated.

I’d recommend myself if that’s acceptable. I spent time daily curating the latest content affecting magazine and catalog publishers relating to print, digital, content, marketing and more. Visit my blog or subscribe to my weekly newsletter and let me know what you think. Thanks much!

You will be glad to play free online spades games and these games are classic cards games which you can play online without downloading.

LiteBlue is online site created to serve the workers of United States Postal Service. This website is full of info concerning development of career, your income efficiency.