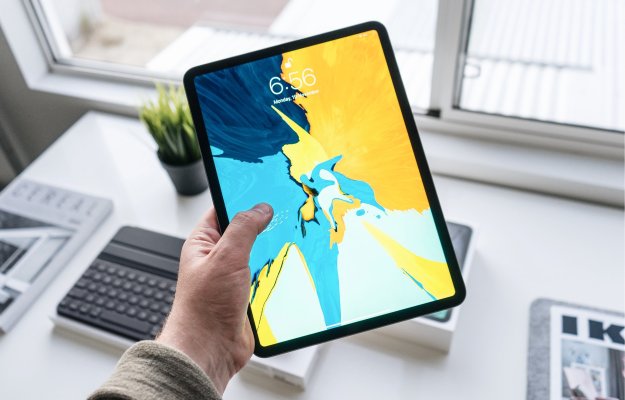 Tablet publishing continues to take the stage, but not just for apps

Digital magazines come in all shapes and sizes. We recommend web magazines, because they adapt to any device, even tablets. But a digital magazine app is most native to tablet publishing because every tablet comes with a digital newsstand of some type; a place where the user can plop down on the couch, find a magazine they like, download an issue, and read it.

Ideally, they’re flicking through the pages, as opposed to flipping through a print magazine. The experience is similar, although nobody goes around creating catchy t-shirt sayings with “I love the smell of old tablet magazines” printed on the front.

However, online magazines are read online and are not specifically formatted for a tablet or other e-reading device. They can be read just like any web page and may be responsively designed like a web page. You can view an online magazine most often through a magazine subscription website, which is set up to make the content easy to read, search and digest on a PC or Laptop. Often times, online magazines are part of a larger collection of content, like a back-issue archive.

Although you might think of a digital magazine app as the app most native to tablet publishing, we’d disagree. In fact, online magazines are hitting their stride right now because of tablets. Because magazine subscribers don’t necessarily want to download an app. They want to log into your website and have the ability to read your content on any device.

Should publishers be designing for mobile, and what is mobile exactly?

One thing confusing publishers: Does “mobile” mean smartphones, or does it mean tablets? For those of us trying to figure out where to put our resources, researchers, including Morgan Stanley and Google, think it means both.

So what we have to do is decide whether to focus on phones or tablets for our apps – assuming most of us are niche publishers lacking the endless resources of, say, Meredith or Rodale – and Mequoda has decided that when designing digital magazine apps, tablets are far more important to publishers than are smartphones.

But that’s where web magazines come in—design your magazine responsively and it will work on any device. But while we’re talking about tablet publishing, look at these stats from eMarketer, who posted a spate of consumer statistics from tablet study after tablet study.

Worldwide Tablet Use to Touch 1 Billion …

Even though eMarketer‘s projection was actually 1.06 billion users for 2015, this is still good news for companies in tablet publishing, because the big number represents growth (19%) that will continue through at least 2019, when tablet users statistics are expected to hit 1.51 billion.

And Half of Them Live in Asia …

Asia-Pacific is home to nearly 500 million tablet users, and half of those live in China, where owners are predicted to number 276.5 million, showing 22% growth, eMarketer reports.

China is now running neck and neck with the United States, and will exceed it in 2016. According to eMarketer, 40% of Internet users in China own a tablet. Only Australia in the Asia-Pacific region can boast more connected tablet users, at 59.5%.

While Another 90 Million Are in Latin America …

It might be minor league stuff to the likes of China and the U.S., but emerging economic power Latin America’s tablet statistics are still noteworthy.

“eMarketer expects the tablet population in Latin America to increase by 26.1% this year and predicts double-digit growth will continue through 2017. Argentina and Brazil are currently growing their tablet audiences slightly more slowly than the regional average, while Mexico will just beat it this year, with growth of 26.5%. But growth is also expected to slow more quickly in Mexico than elsewhere in the region,” according to the site.

The Majority of Canadian Internet Users Have Access to Tablets …

In Canada, 15.1 million Internet users, or more than half, use a tablet. This is up 10.5% from 2014, eMarketer reports. In terms of overall use, Canada rings in at a respectable 42% in terms of monthly usage.

And Half of the Total Population of Finland Does

According to the MPA, whose analysis is based on studies by GfK/MRI/MPA and Condé Nast, more than one in four readers say they have increased their reading time spent with magazines media, both print and digital.

In fact, readers who are new to cross-platform publishing spent an average of 114 minutes reading their magazines, and those who were early adopters spent a whopping 126 minutes with magazines. Print-only readers? Just 84 minutes. (I should note that the flipbook type of digital magazine is an exception because of the cumbersome and inferior user experience, resulting in typical engagement of 10 minutes or less.)

Readers pay as much attention to advertising in tablet magazines as they do to print ads.

A recent study from GfK MRI Starch Advertising Research found the average level of reader recall for both print and digital ads was 52%. The most effective digital magazine ads were recalled by more than 80% of readers, in line with the most effective print ads, GfK said.

Additionally, for the past three years we’ve conducted studies on digital natives, tablet user habits and most recently, digital magazine usage. We’ve come to know a bit about the new age of tablet users, and those who are most likely to purchase digital magazines – the topic you probably want to know most about. We’ve identified the five most important demographics of tablet owners, and provided examples of how publishers can best tailor their digital issues to the interests and demographics of their readers. Read that.