The upsides and downsides to the tablet statistics floating around 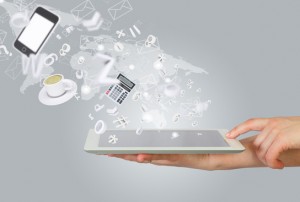 Tablets have no doubt shaped the future of reading. From digital magazines to eBooks, publishers have embraced the technology almost as much as readers have.

From bottomless reflowed pages to video advertising to text scrolling seamlessly past stationary images – and all the other tablet magazine best practices Mequoda has identified since the tablet debuted – the world of the tablet magazine is far exceeding what publishers could only dream of before April 2010.

If you’ve been following the news, you know that over the past two years, tablet sales have declined. The boom was in Q4 2013, and began to decline around the same time last year.

We don’t think the decline in sales is any indication of less digital consumption, though. Just the opposite. When roller blades were invented, they surely saw a big influx in sales too. Then, once everybody had a pair, they stopped buying them. Sure, in a few years they’d decide they needed a new pair, but they certainly weren’t going out and buying a new pair every year. How many pairs of rollerblades do you actually need?

The same goes for tablets. If you’re like me, you’ve probably upgraded your phone every one to two years, because it’s basically your second right hand. Anything to make it better is a welcome enhancement. Tablets, on the other hand, don’t need a lot of improvements, except in speed and disk space over time.

Most people I know have only owned one or two iPads, but they’ve owned every edition of the iPhone since 2007.

When smartphone sales dwindle, maybe start to worry. People might be reverting back to pen and paper. They might start riding horses too.

Just kidding, but think again—what can Apple come up with that they haven’t already? Will our phones start our cars? (Actually they already can), or will they take the dog for a walk? (Sheesh, covered that too.) If you can think of a feature that a smartphone doesn’t have, that you think it should, definitely leave a comment because I’d love to know!

If you don’t already publish your magazine in a digital format, you should get started on the process yesterday. Your readers will spend more time reading your content and they’re willing to pay for it.

The more time your readers spend on magazines, and the more impact advertising has on your readers, the more magazine publishers can charge for advertising. We may finally be able to convince publishers to stop giving away ads in digital editions to print advertisers. And because digital magazine subscription prices are often higher than print prices (from the bad old rate-base days of $8 subscriptions), publishers can make even more money!

All told, the future is looking bright for magazine publishers, especially those who publish in both print and tablet formats.

And what about you? Do you have any interesting and amazing tablet statistics to share?